Art as a Process, Not as an End Product by Catherine

When art is made, it is often done with the intention of creating a finished product. As if to imply that the finished product is what makes it worthy to be displayed. Although the act of creating is what makes art worthwhile: mixing, painting, cutting, crumpling, smearing, drawing, and everything in between, these types of processes allow development in all areas for any person. I would argue that the process of creating art is just as valuable as the completed end product. 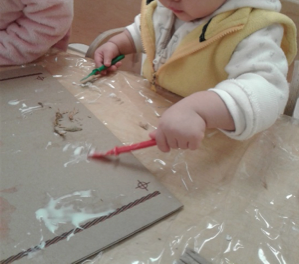 For children, the act of making art can be an adventure. This was apparent when children, in our infant and toddler room, took part in an activity that was done over a span of several days. Using cardboard as a canvas, they started with glue and natural materials – such as leaves, moss, and twigs. There they explored the properties of leaves, moss, and twigs – how it feels, its features, how it reacts when it is ripped and smushed. Or how glue responds when it makes contact to their skin, or when it is left to dry on its own.

e added. Children dragged big and small movements against the wavy texture of the cardboard. Some became puzzled when crayon marks did not appear as well over dried glue residue. All of these steps were repeated and revisited, so every child had the opportunity to explore and participate. Each step had an aspect of well-being and belonging, as children “learn[ed] about and investigate[ed] the world around them” (BC Ministry of Education, 2019, p.67); which gave every child

Each photo is taken from different stages in the process of making.

the chance to investigate the world on their own terms. Fine motor skills were practiced when working with each material, natural or some kind of art tool. Different curricular domains were explored, such as math and science. All of these were attained during the process. 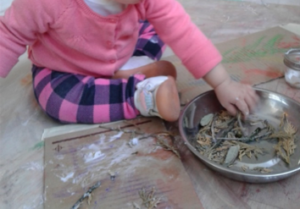 There is a joy to be found in the process, as well as several other valuable skills and accomplishments. Art can provide worthwhile and beneficial experiences through the act of making and creating, not just a finished product.

Learning to Grow or Growing to Learn by Geeta 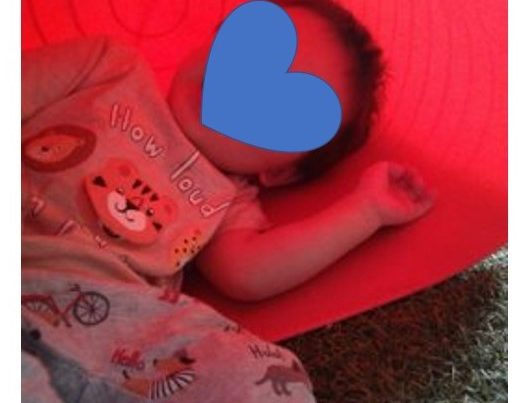